Walk of the Wind 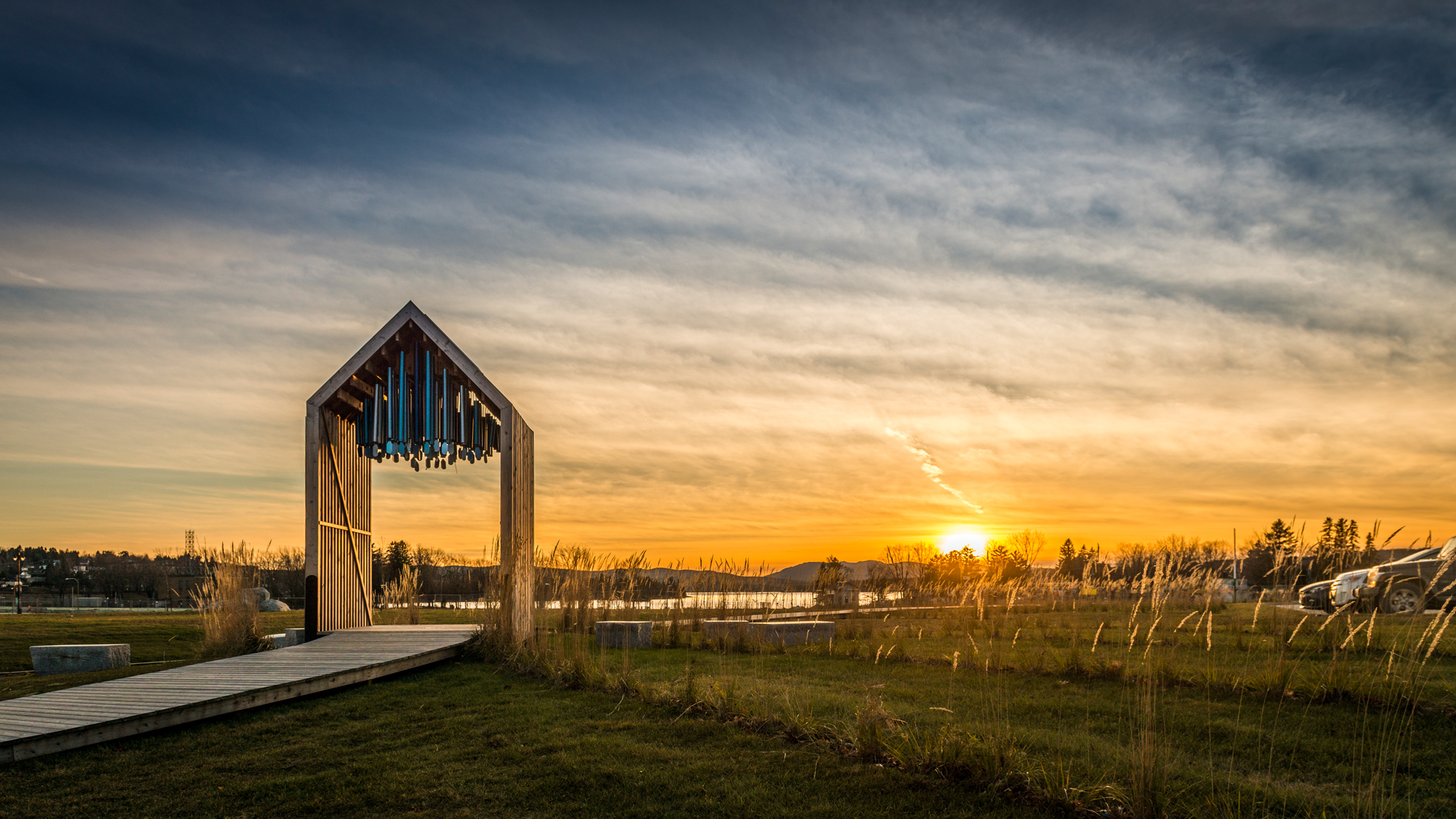 In a city, the downtown area is the heart of the community. Walk of the Wind (La marche du vent) is a commemorative path created for Lac-Megantic following a tragic accident that destroyed most of its city center. This elevated boardwalk pays tribute to the victims of the tragedy, providing a therapeutic moment to help in the healing of the local population.

Bring this project to your city

During the night of July 6, 2013, a freight train of 72 crude oil tank cars derailed in Lac-Mégantic. The explosion caused by the crash led to the loss of 47 lives and destroyed half the city’s historical center: 44 buildings burned down, as well as 35 stores and 60 apartments. Contaminated by the fire and the oil spill, the space became isolated from the rest of the city.

In this context, it was important to imagine a way for the local inhabitants to not only move around in their town again, but also how to gather on the site of this tragedy. 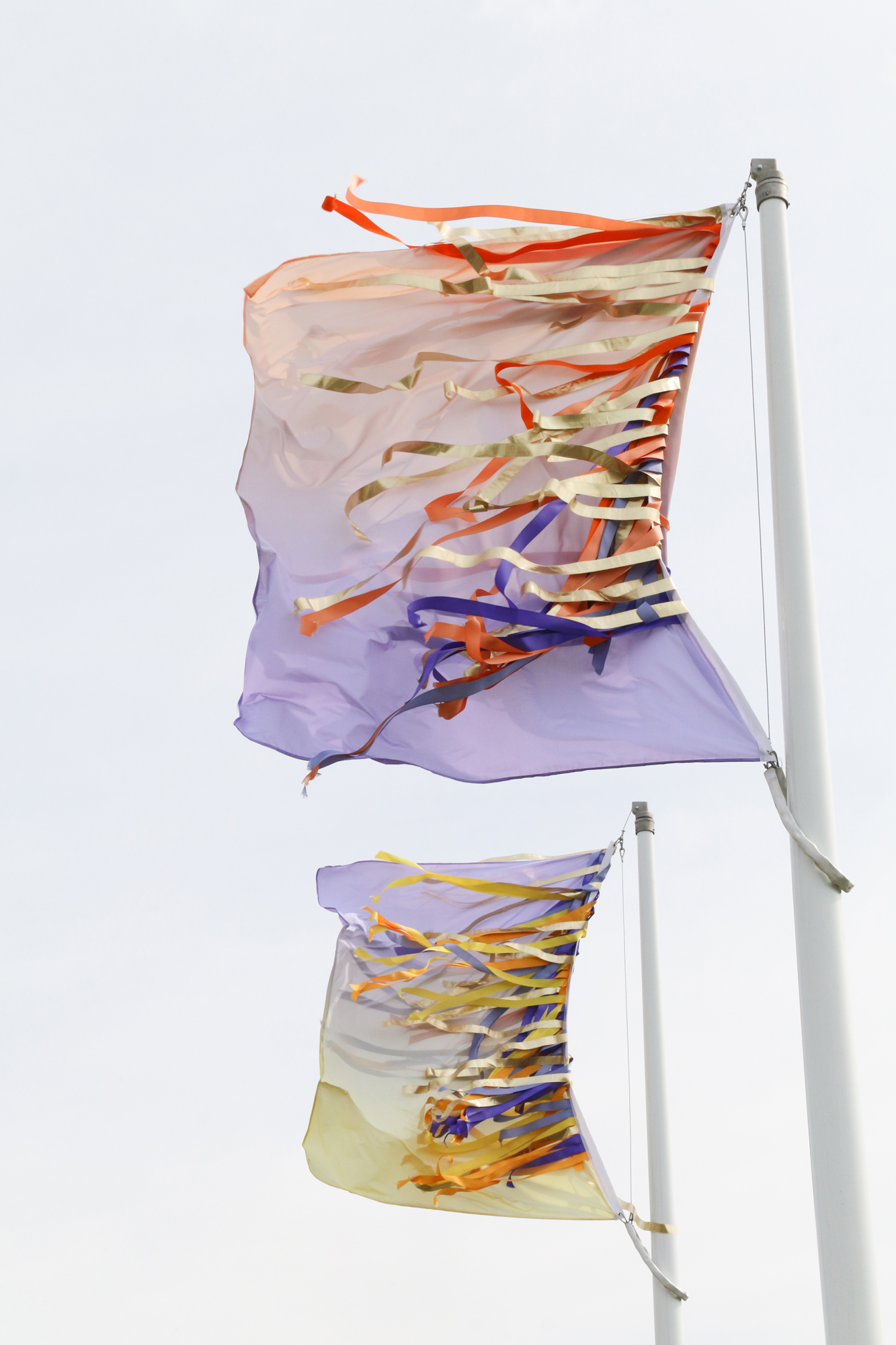 In the wake of the tragedy, walking became a therapeutic tool for the community on multiple levels. It gave them an opportunity to meet again, and gather as a community. The elevated structure of the boardwalk offers a welcomed step back from the land that was marked by the fire, contributing to making people feel safe again.

By centralizing pedestrian traffic, the boardwalk was also a key observation point to keep track of the ongoing downtown renovations; a way to reinforce civic action and help the population reclaim their city. 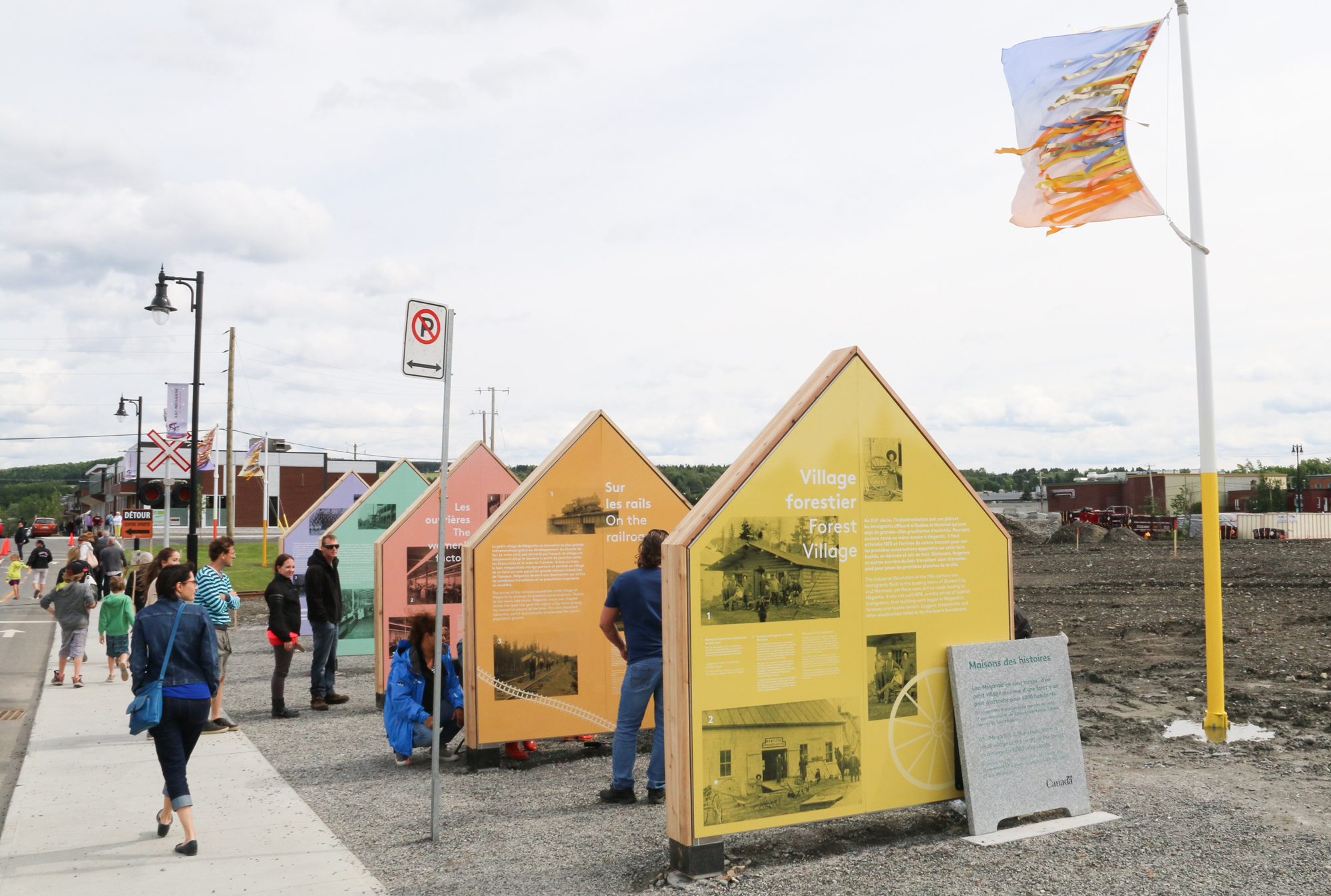 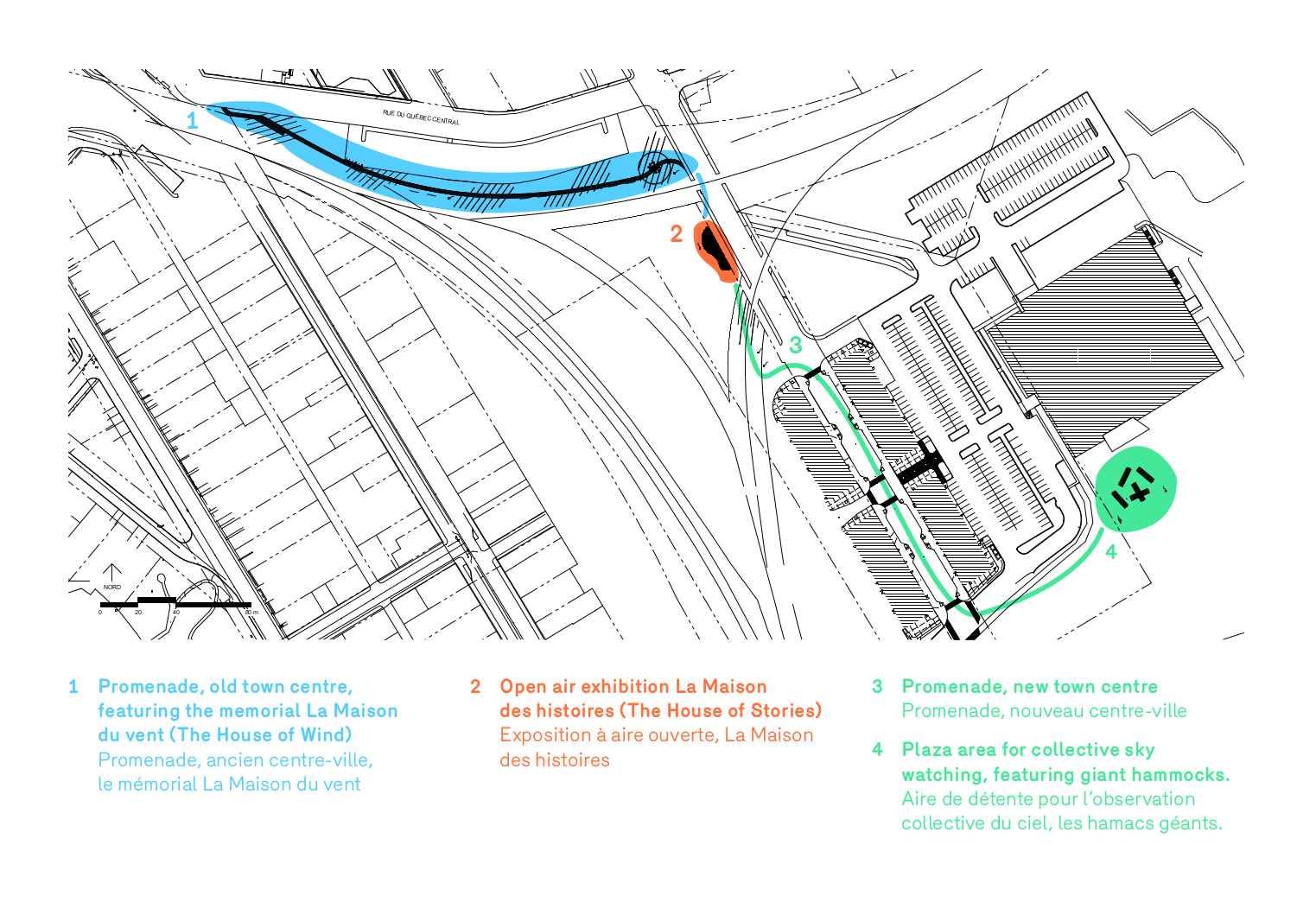 Installed alongside the railroad, The Walk of the Wind spans over 300 meters of the site of the accident. Built above the ground, the boardwalk is punctuated by a series of interventions highlighting the story of this shaken community. 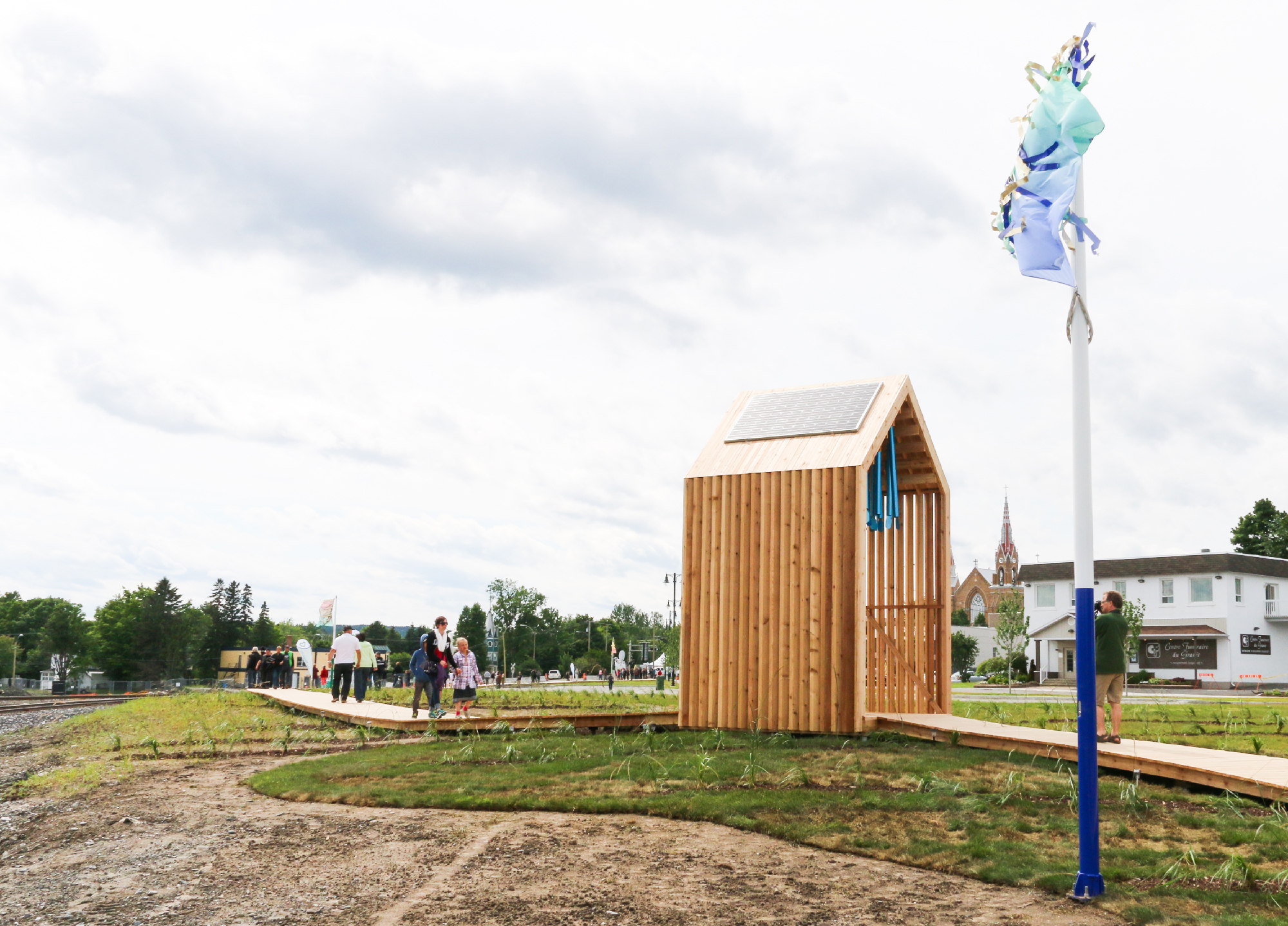 At the entry of the boardwalk, a welcome panel, carved in stone, tells the story of the accident next to a map of the trail. 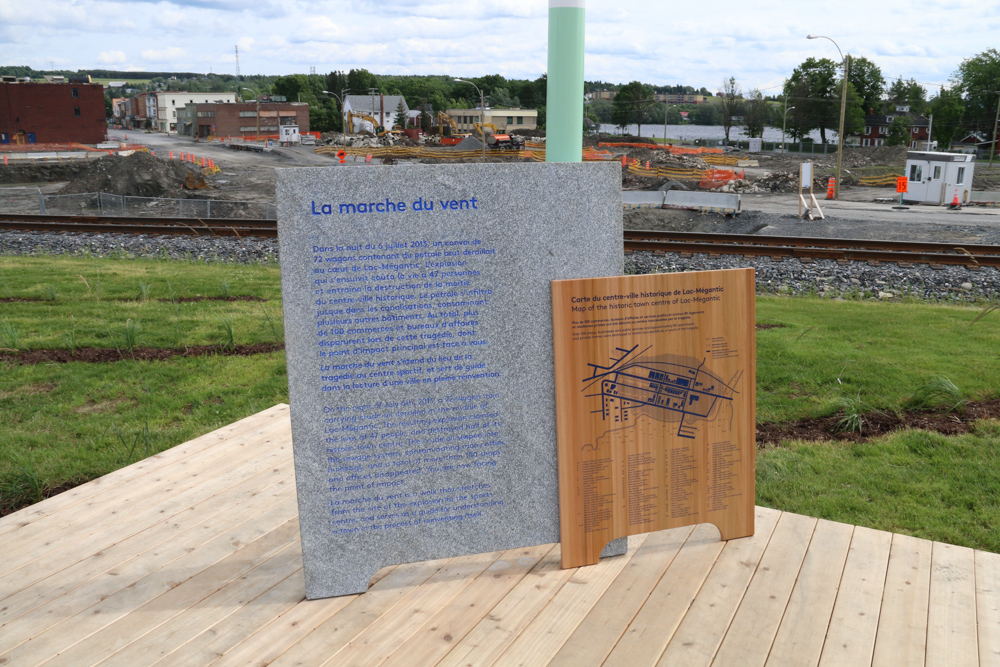 The House of the Wind (La maison du vent )

Angled to face the Lac-Mégantic lake and wind corridor, The House of the Wind provides a vantage point onto the ravaged downtown area and the Ste-Agnès Church, which became an important gathering point after the crash. Suspended under its roof, 79 wind chimes representing the victims ring with the wind, calling for a moment of introspection. 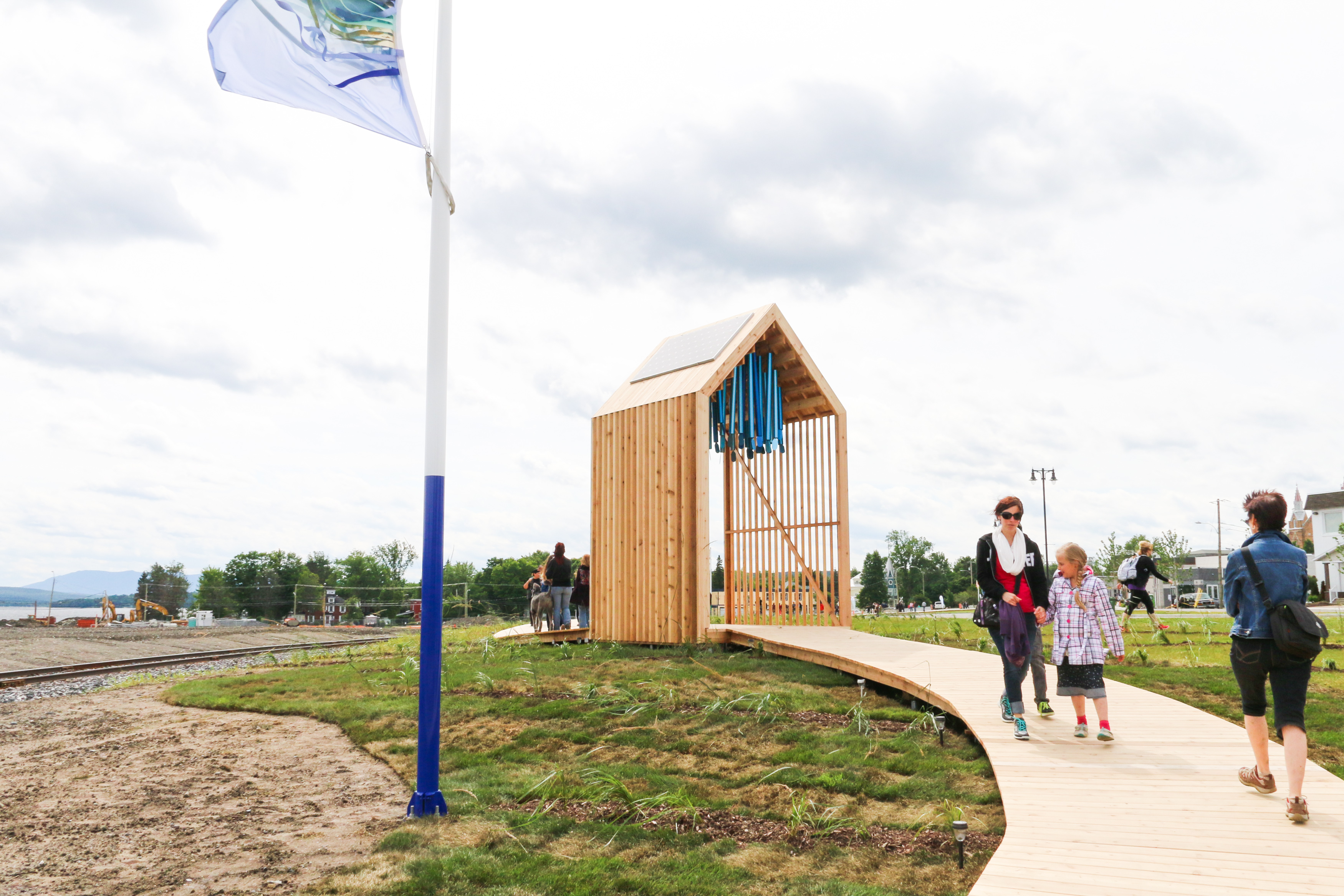 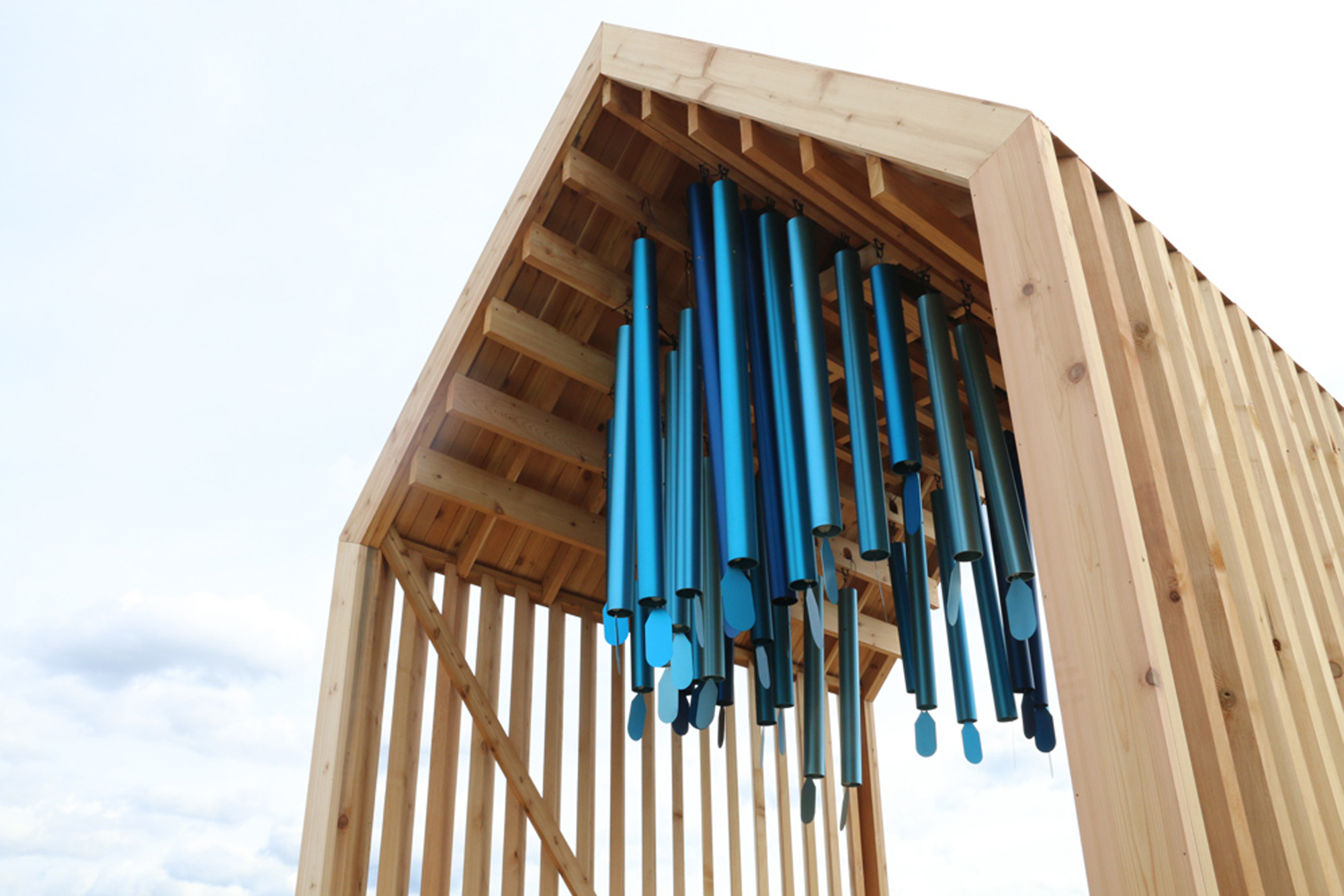 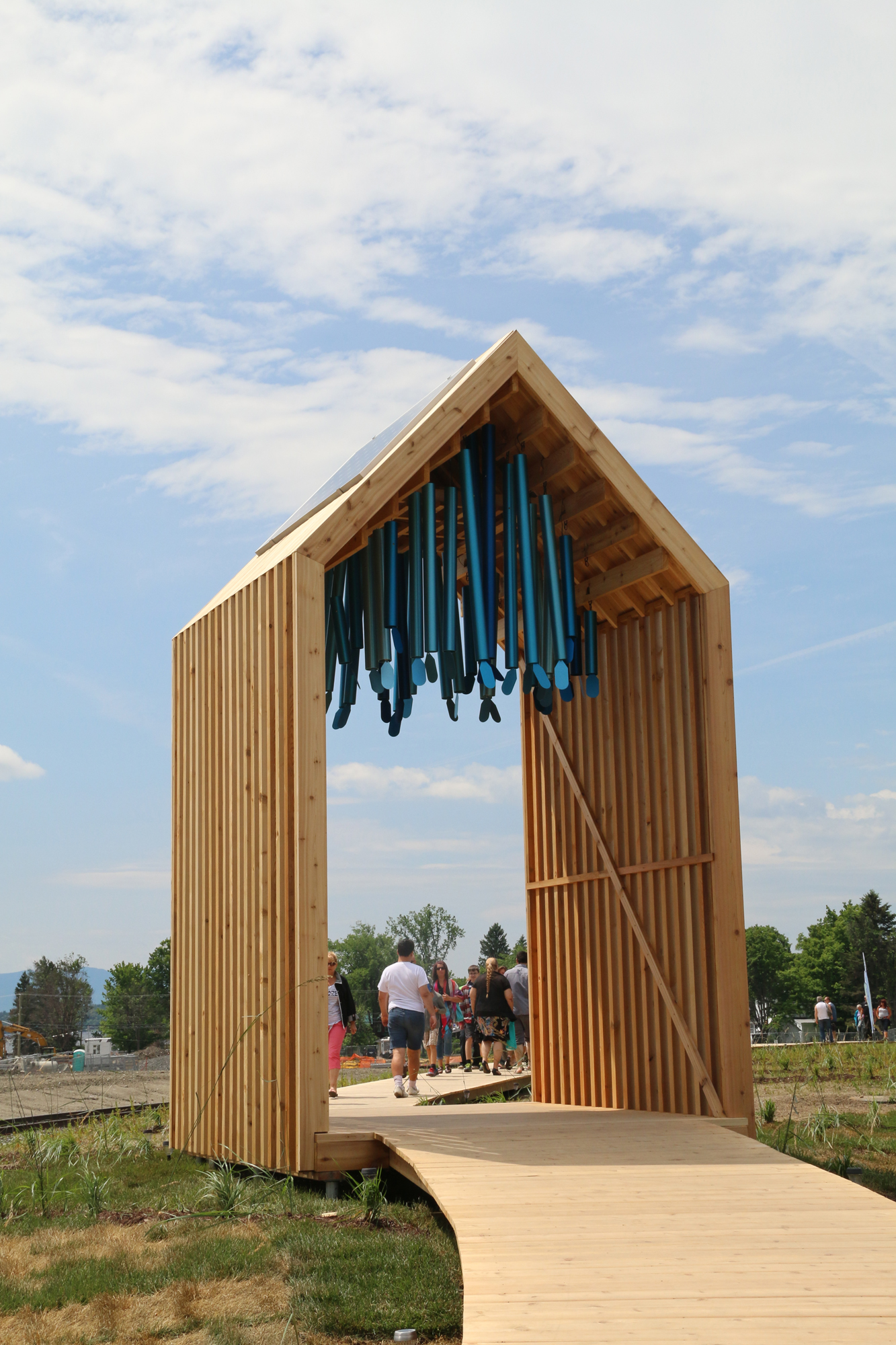 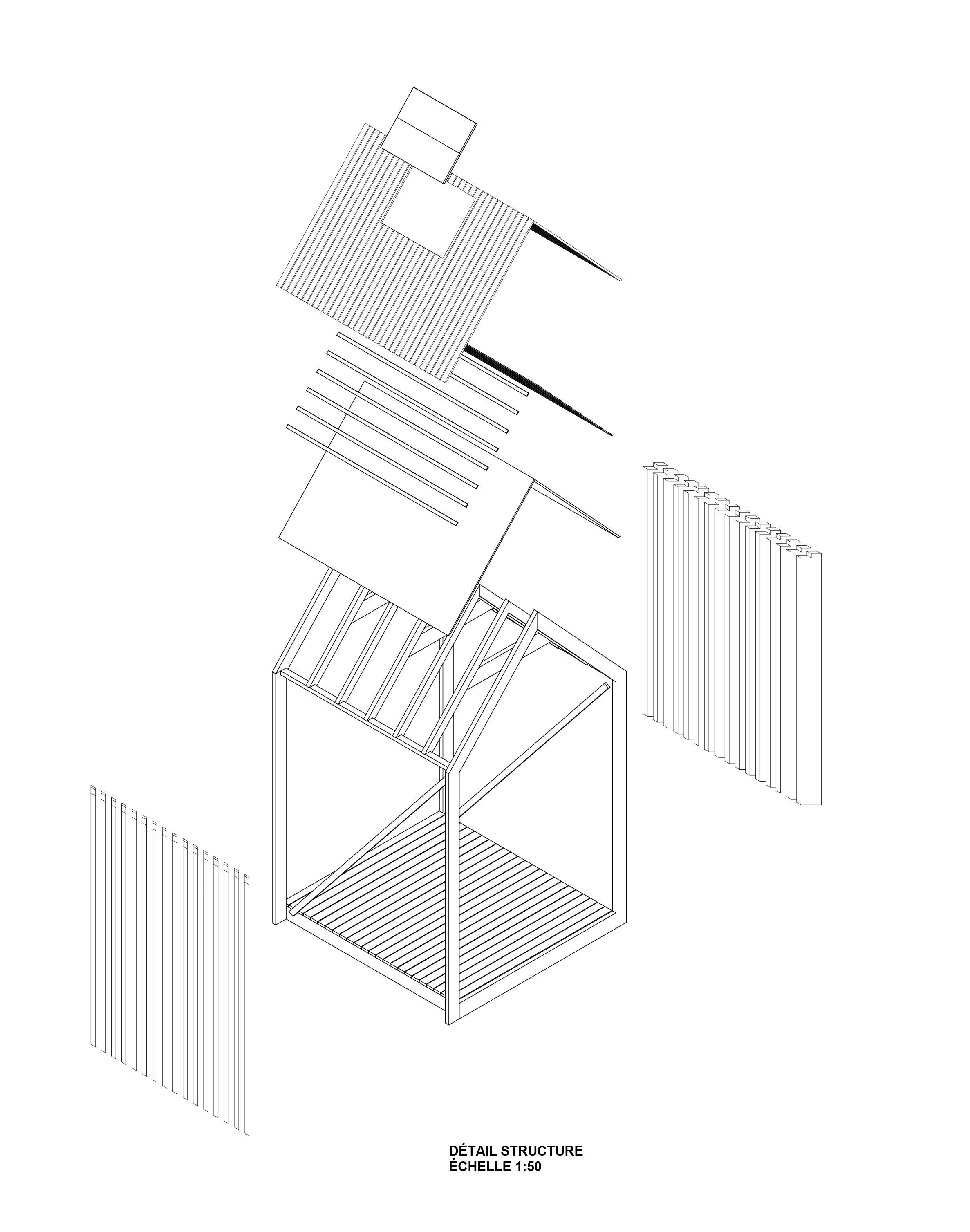 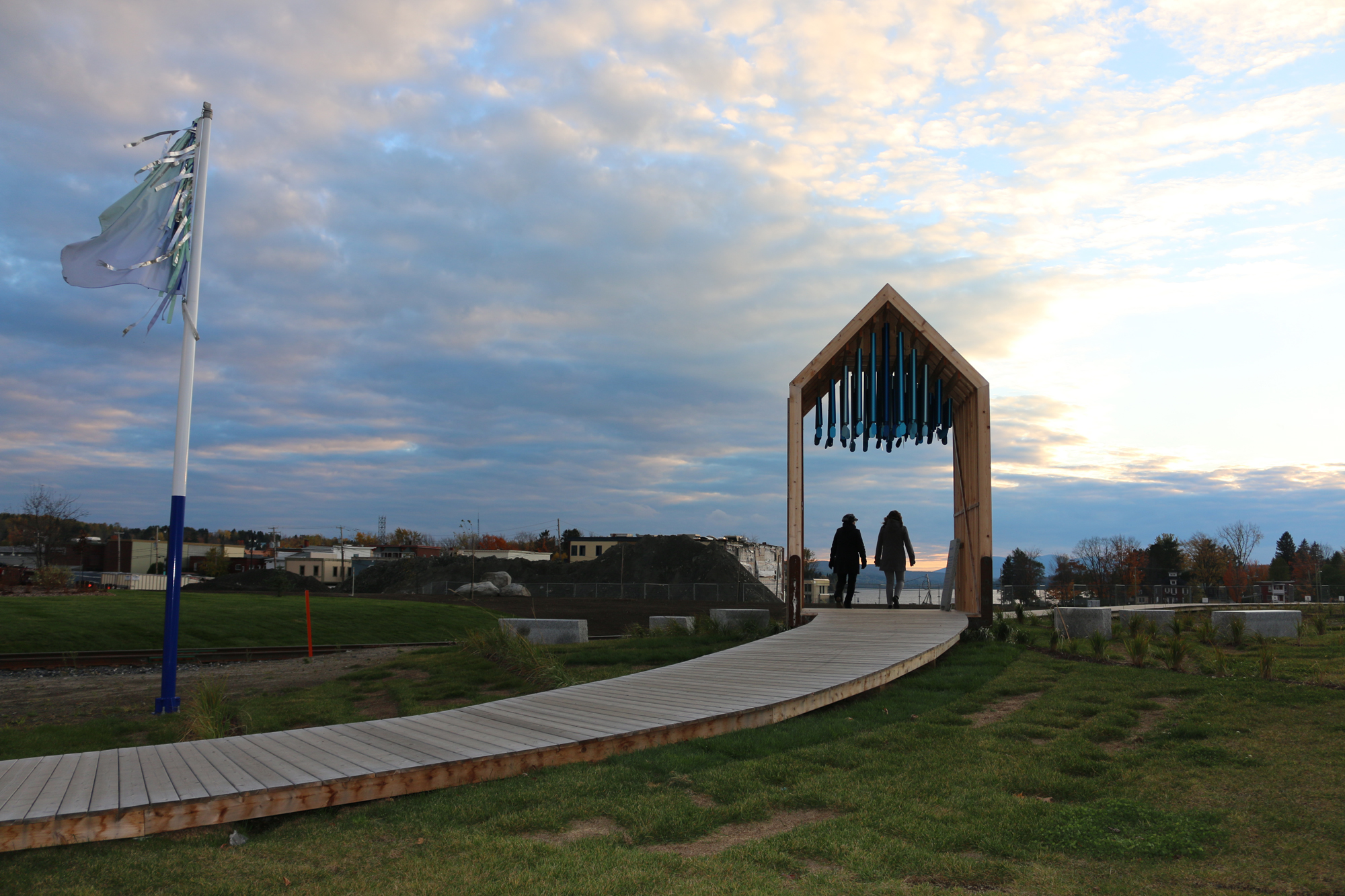 Made of five wooden panels, The House of Stories is an exhibition about the history of  Lac-Megantic, from its origins to present-day. It highlights the strengths and resilience of the local community over the generations, going beyond the tragedy. 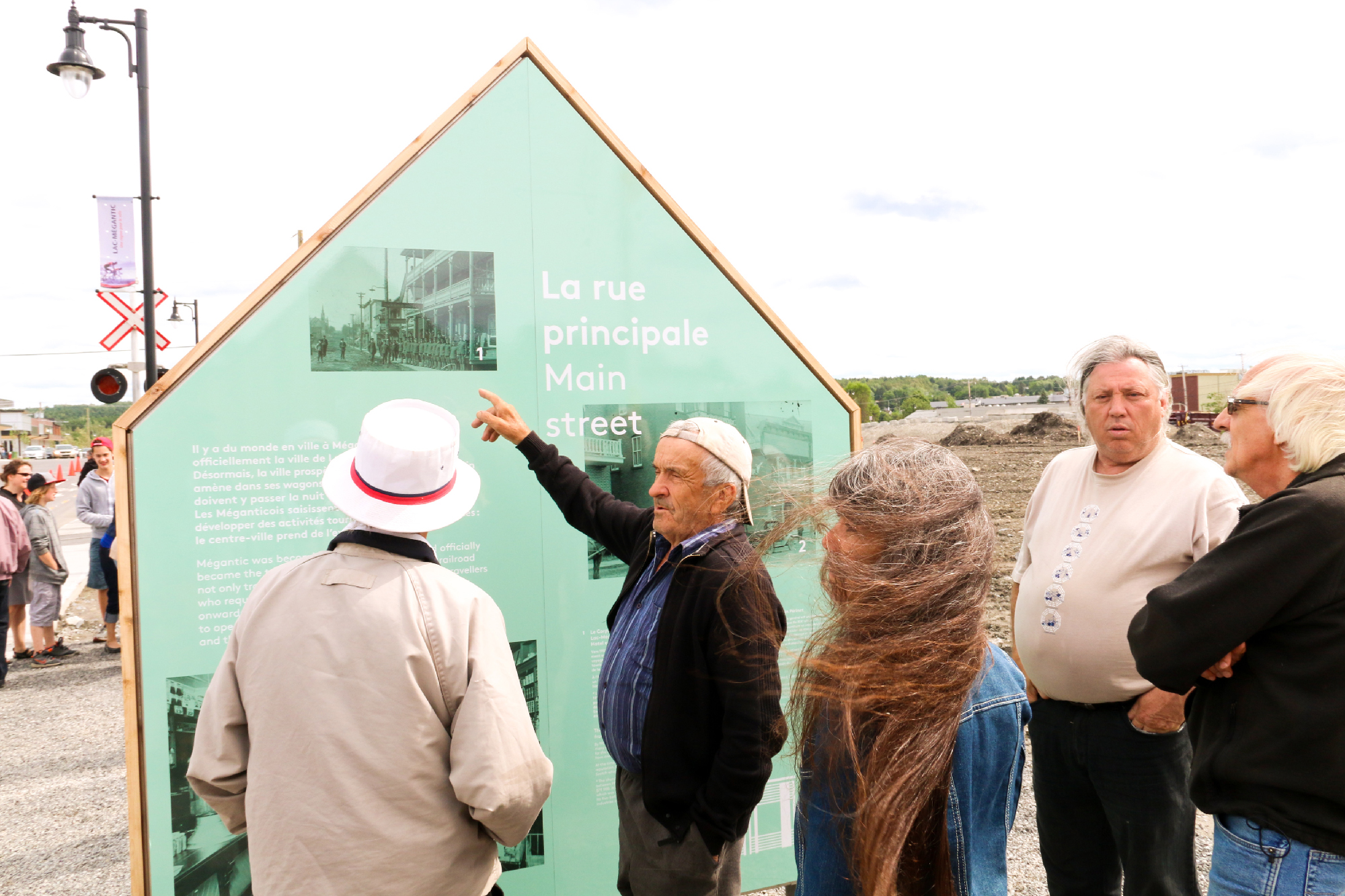 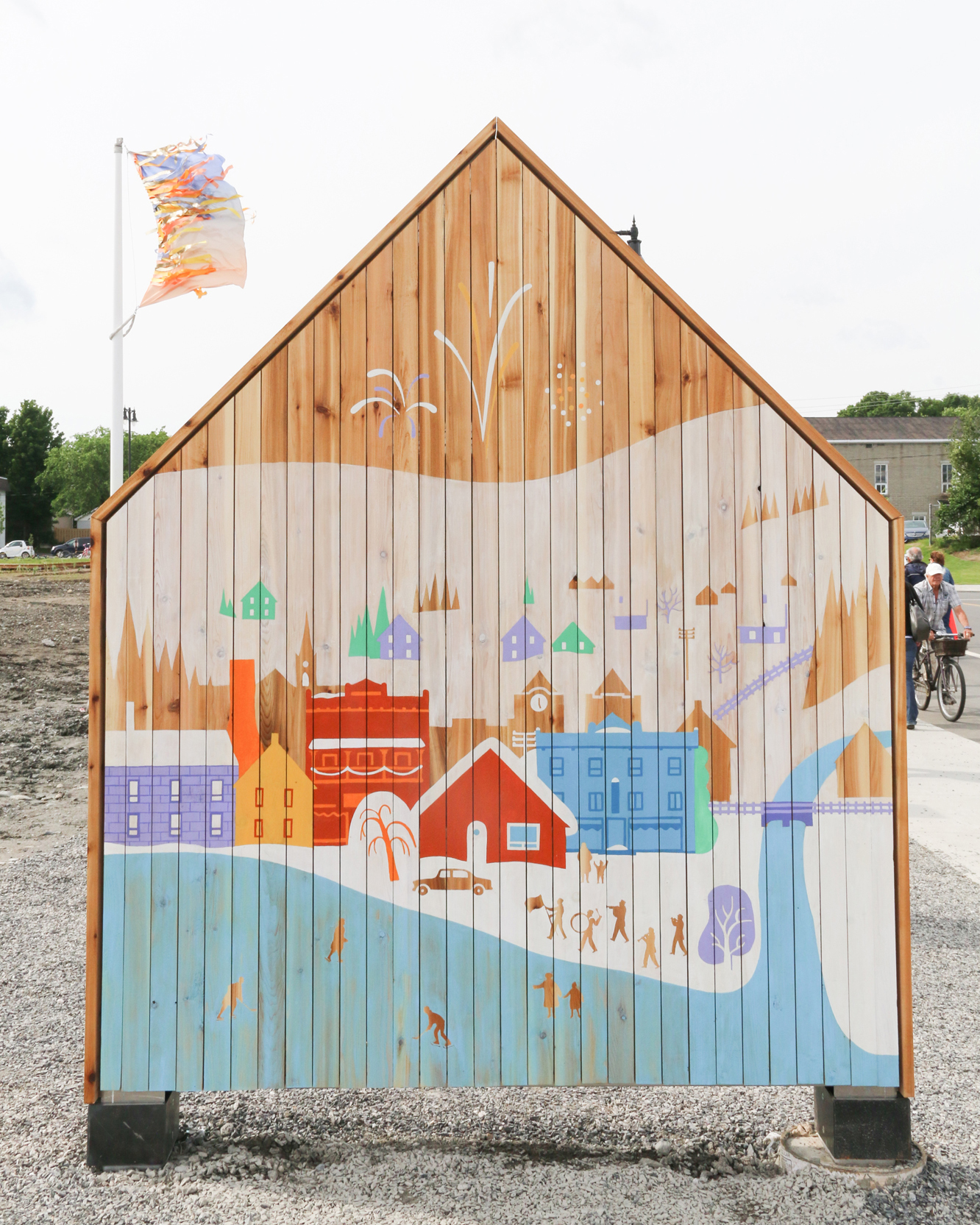 Meeting with the Stars

The famous Dark Sky Reserve of the region is a key destination for anyone interested in studying astronomy or simply enjoying a wonderful starry sky. Five giant hammocks, weaved in collaboration with the community, allow everyone to spend time watching the stars with their friends and families. 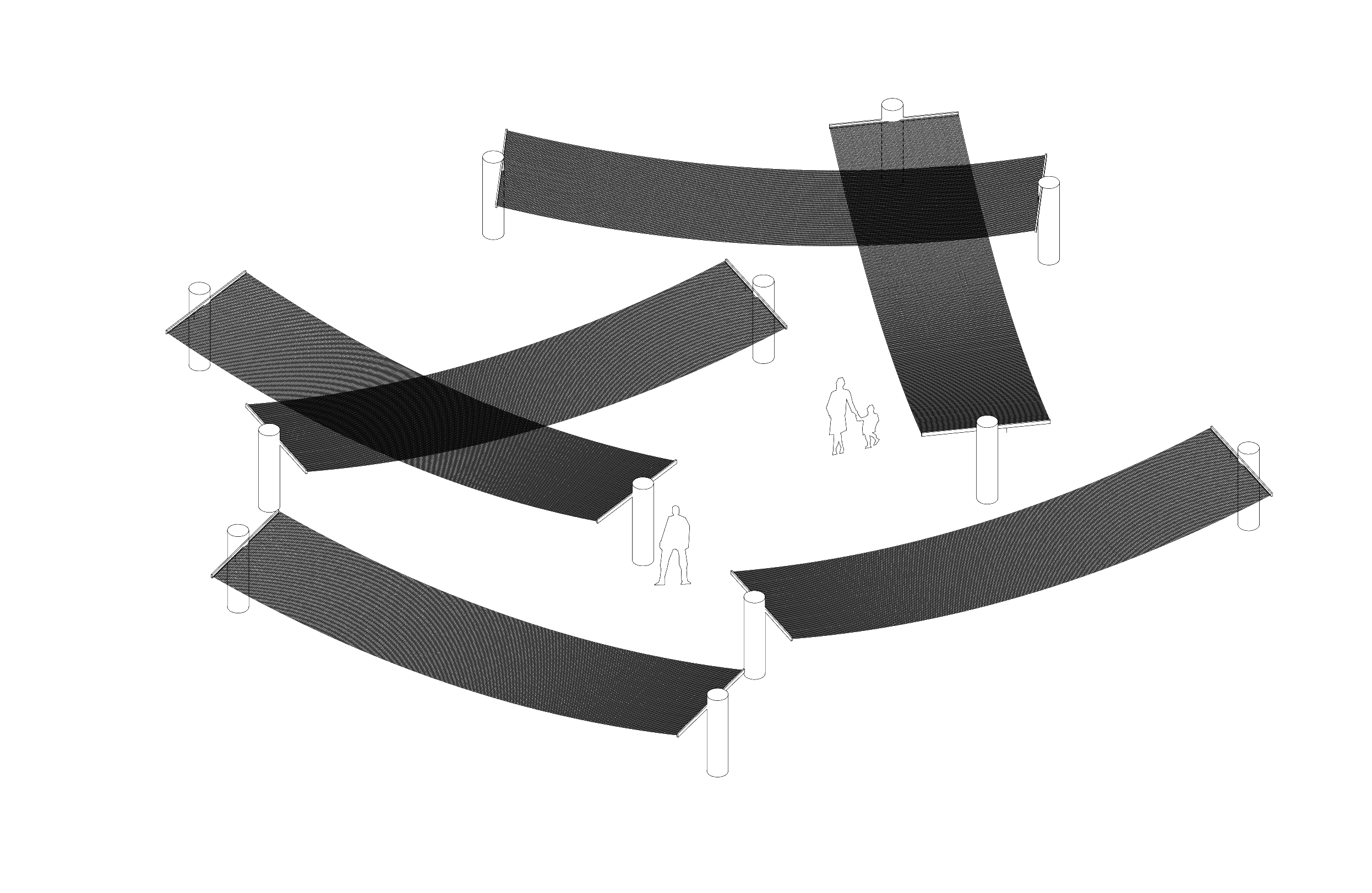 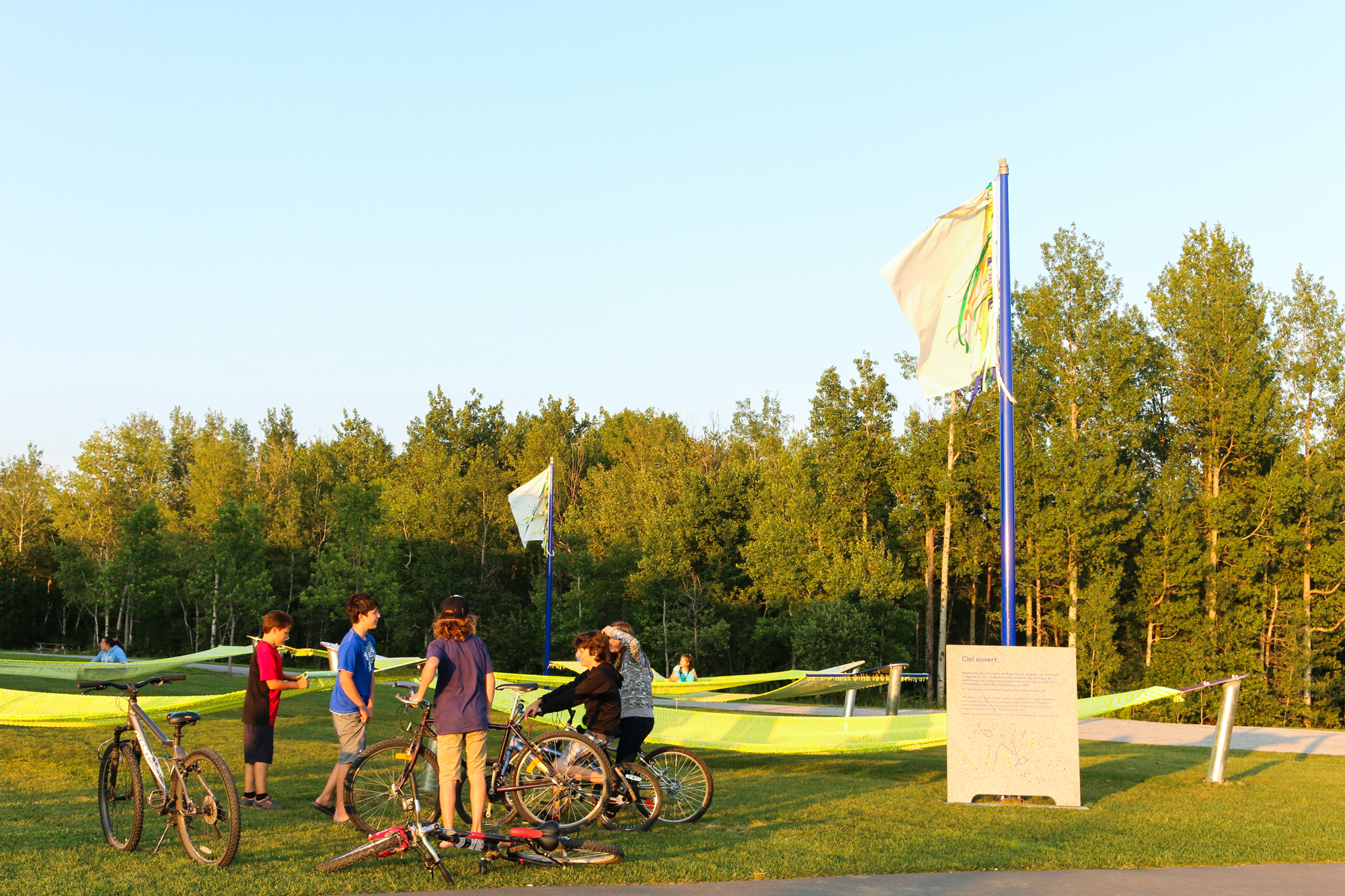 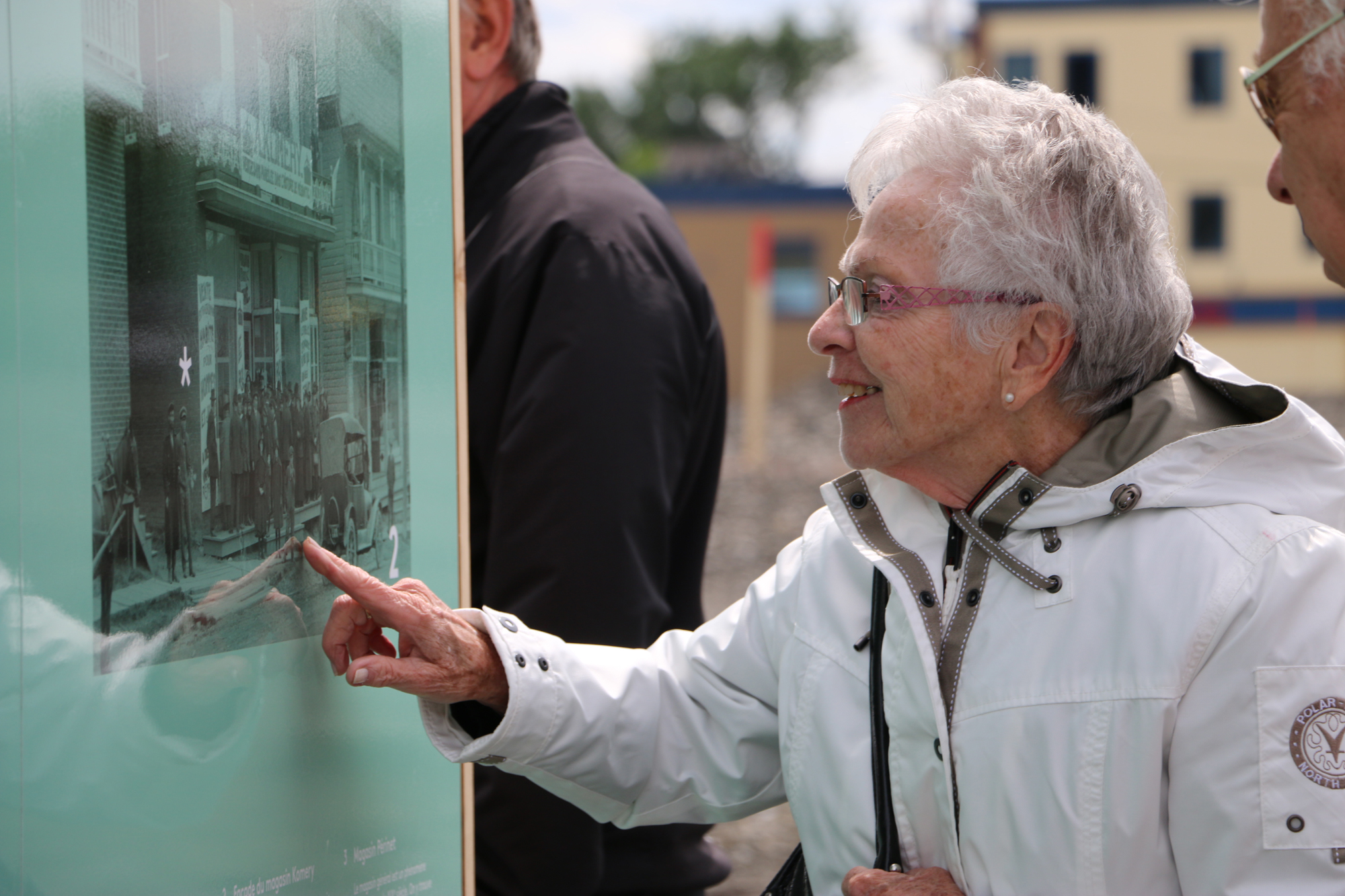 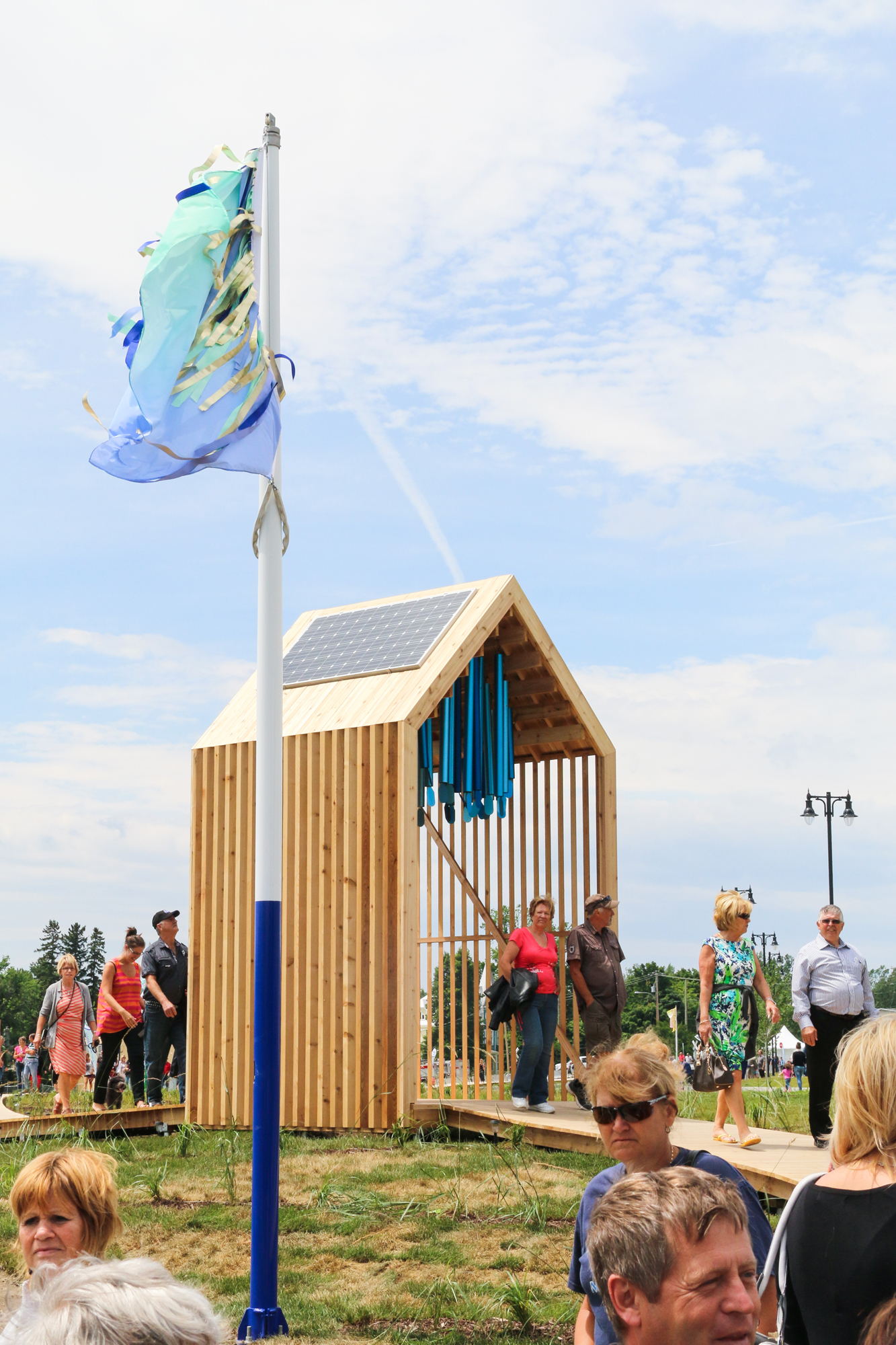 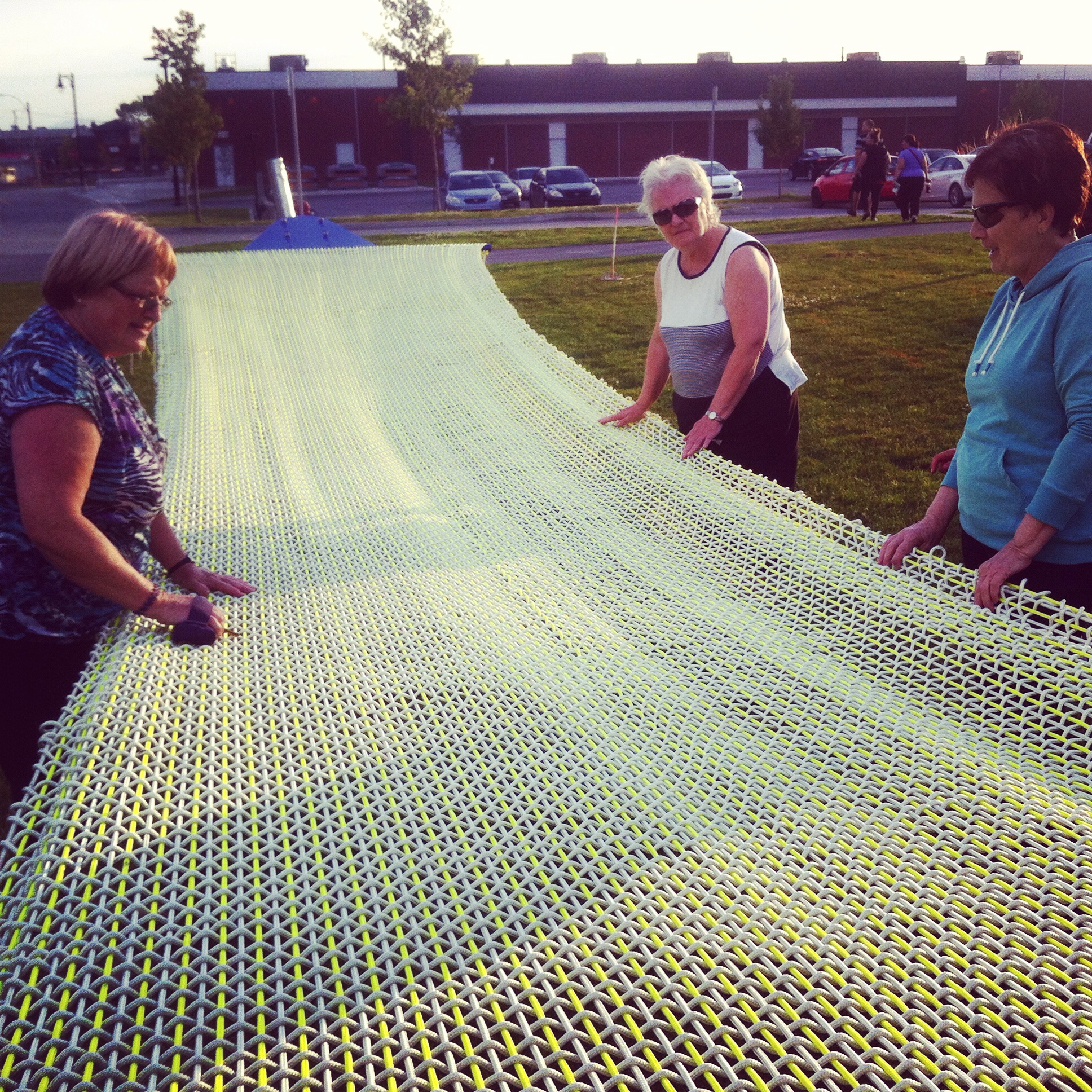 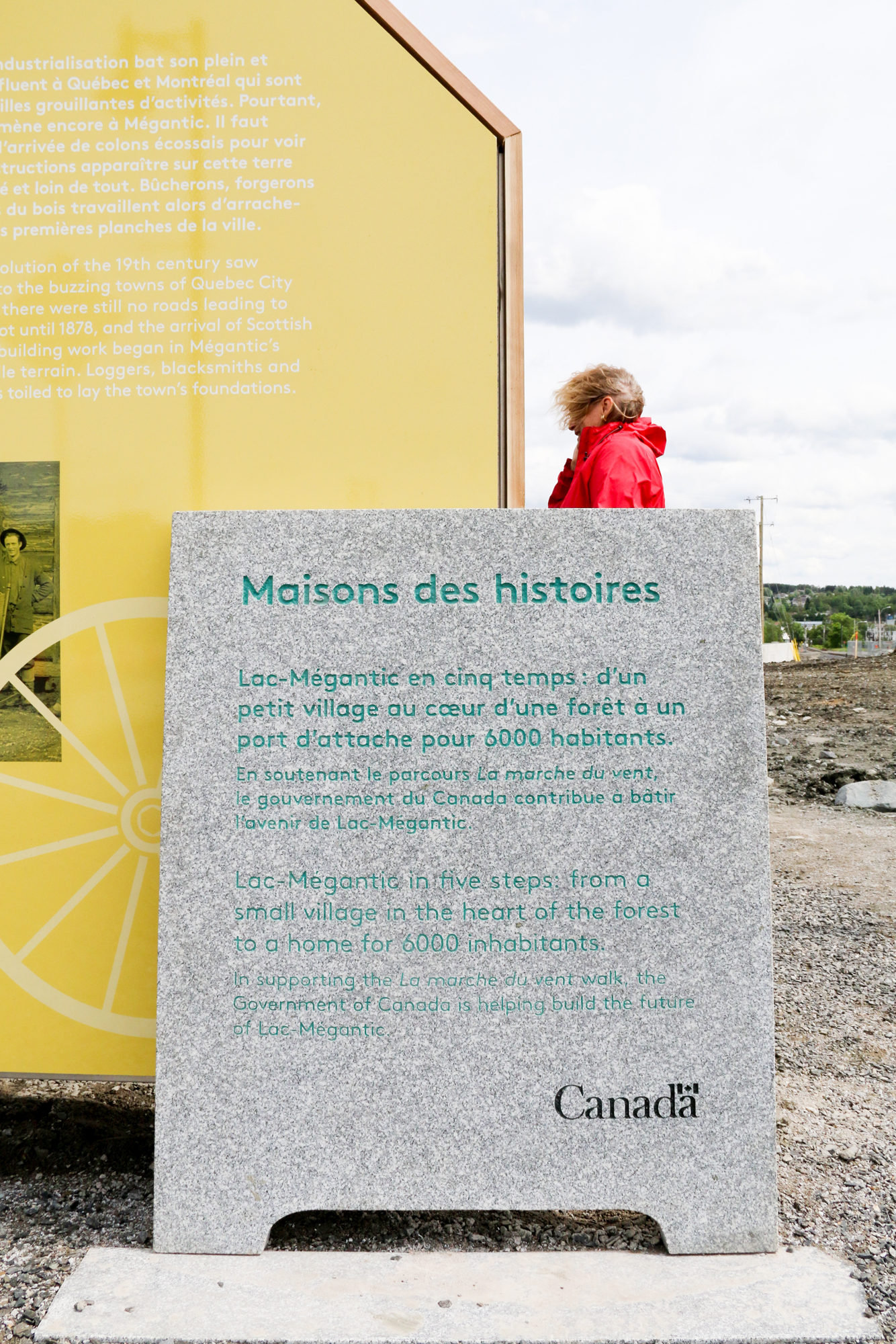 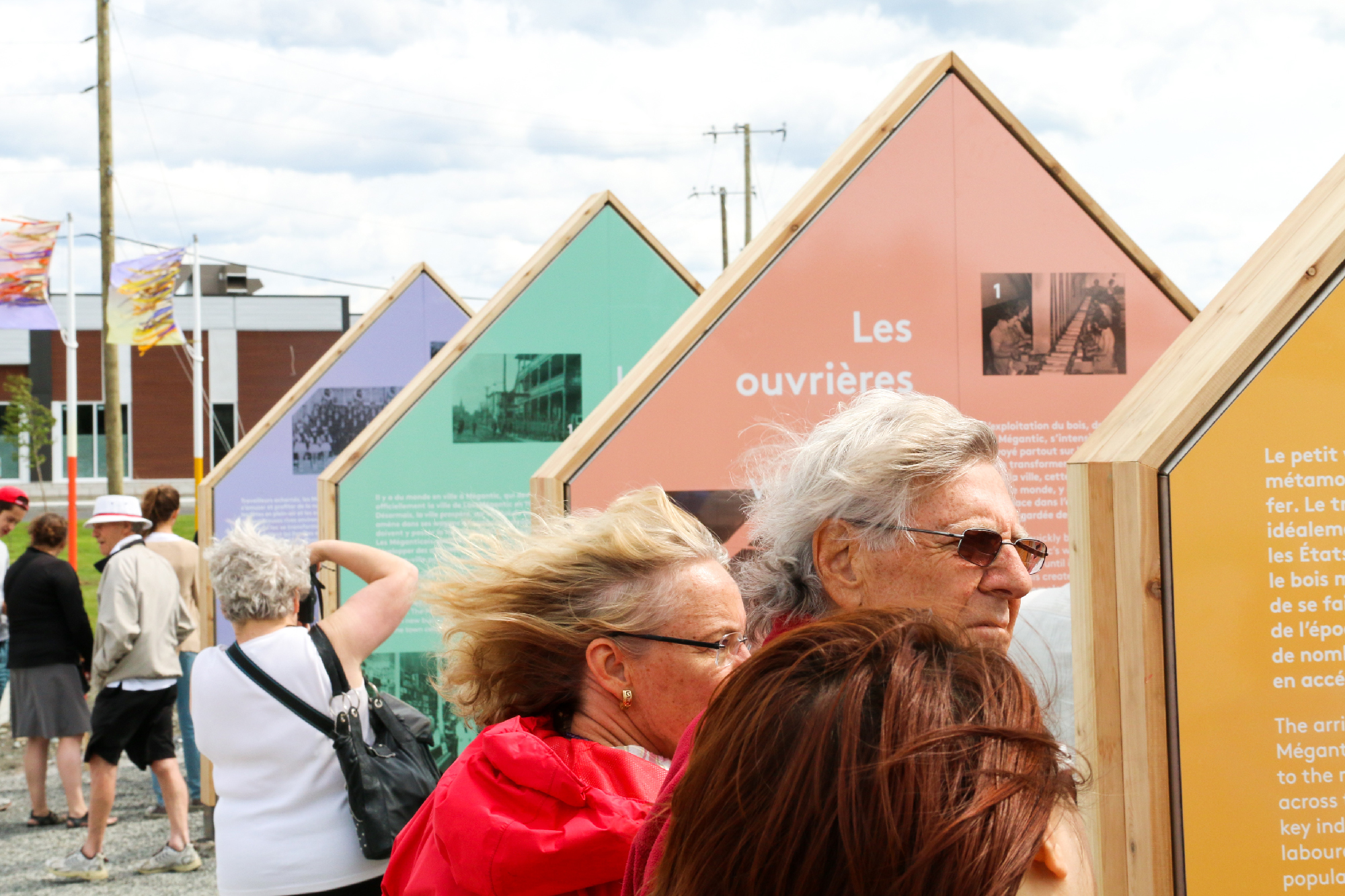 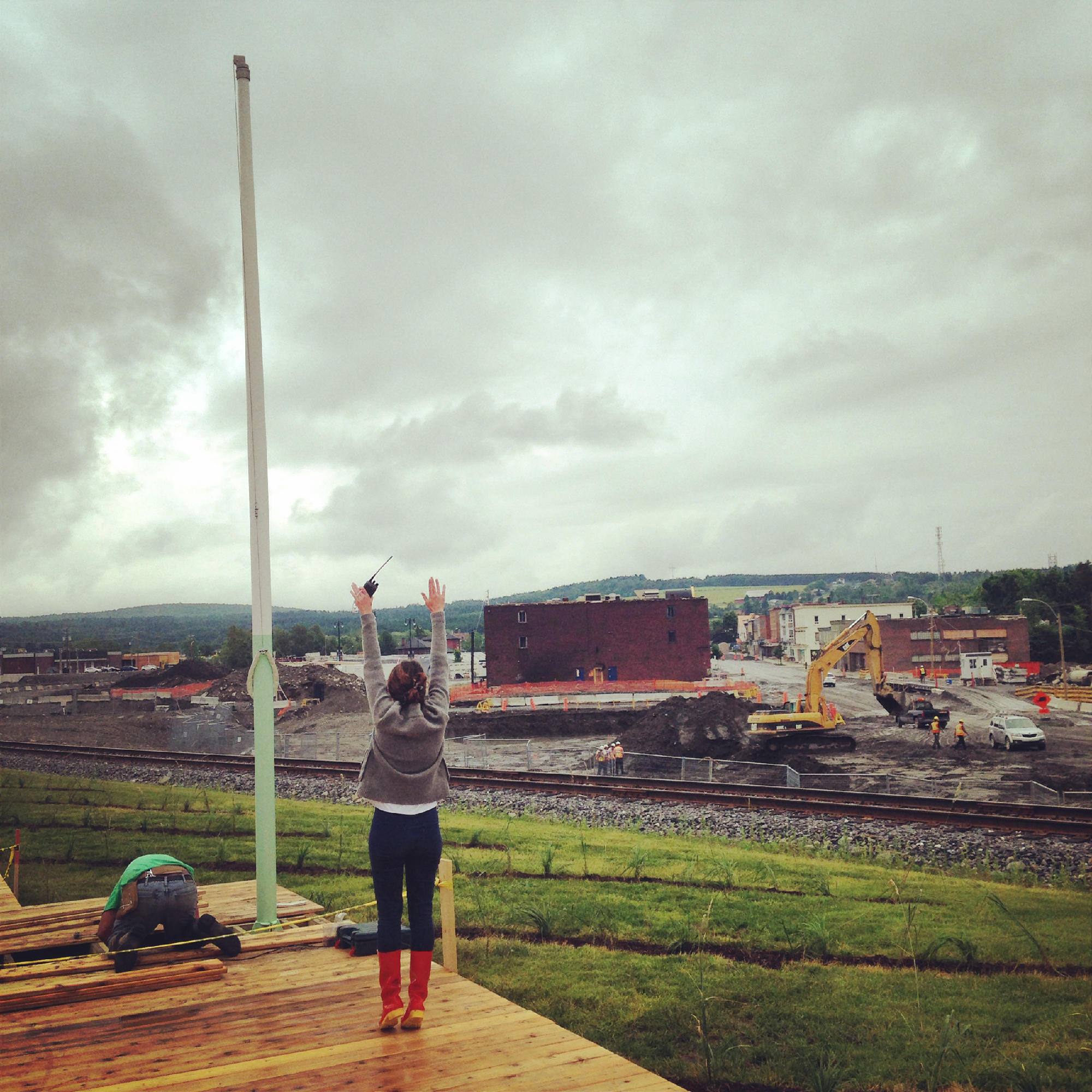 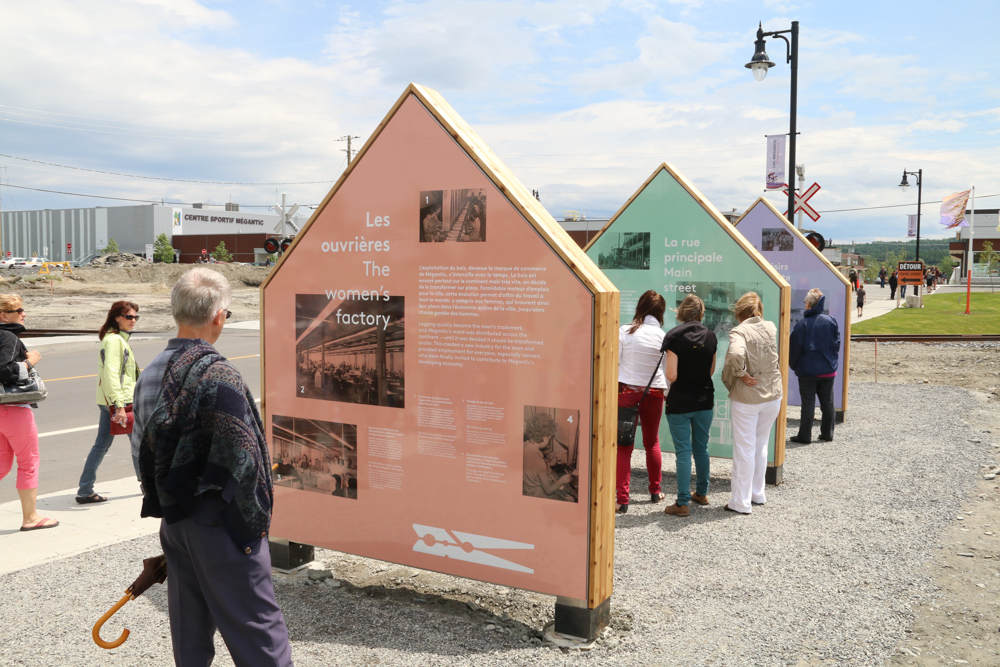