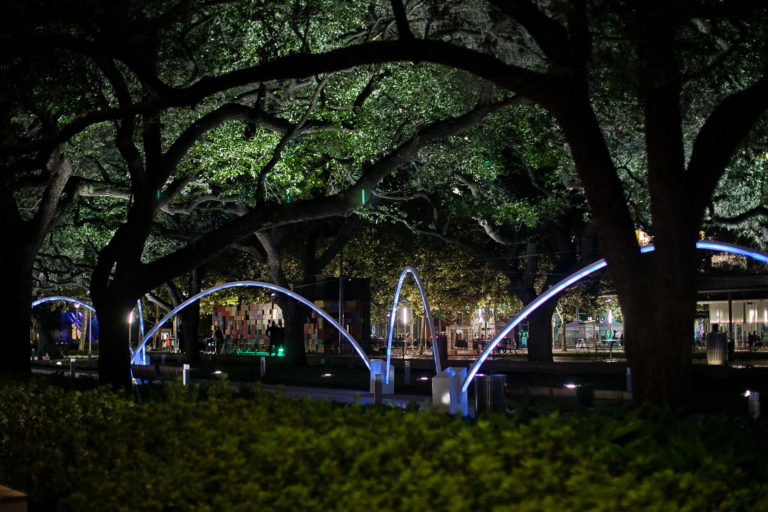 Studies have shown that trees communicate in a secret language through airborne particles and their roots. In a forest, this mysterious chatter allows them to help each other and ultimately survive.

Inspired by these imperceptible channels, Hello Trees is a poetic message board allowing humans to communicate with trees. This sensory path is an invitation to look up and take-in nature.


Bring this project to your city

Hello Trees was designed to awaken the senses. By entering into communication with trees, emotions take precedence over logic. An unexpected, intimate, relationship can therefore be forged between humans and trees. This relationship may in-turn inspire us to take better care of the nature that we so crucially depend on. 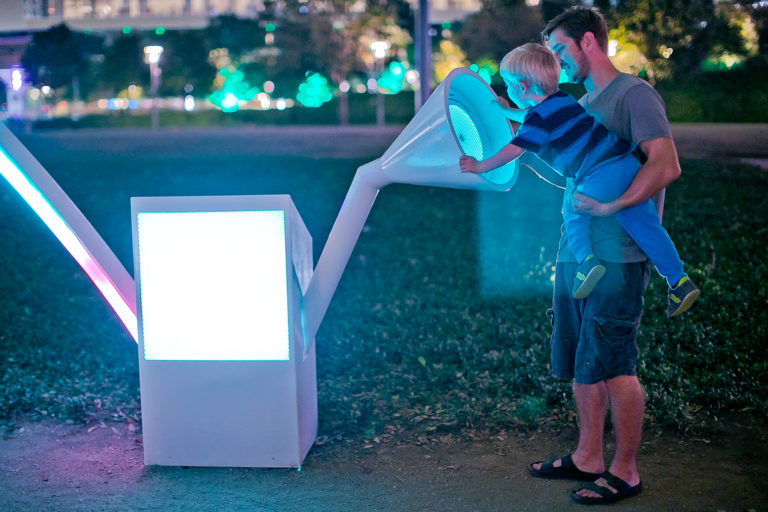 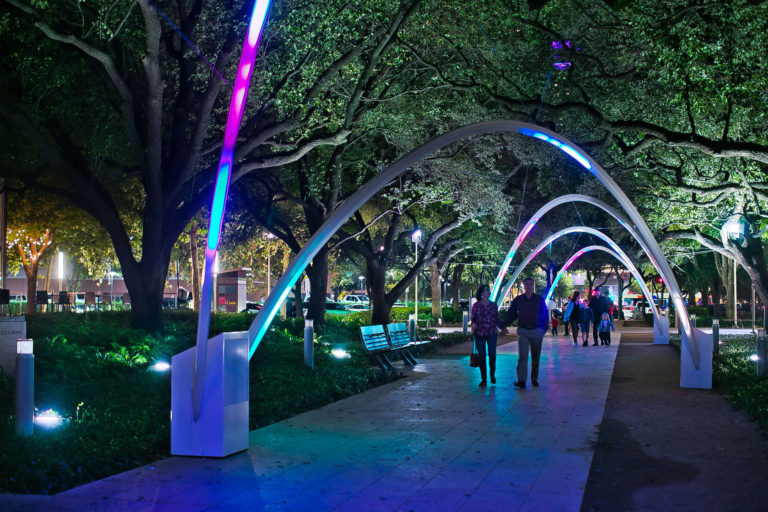 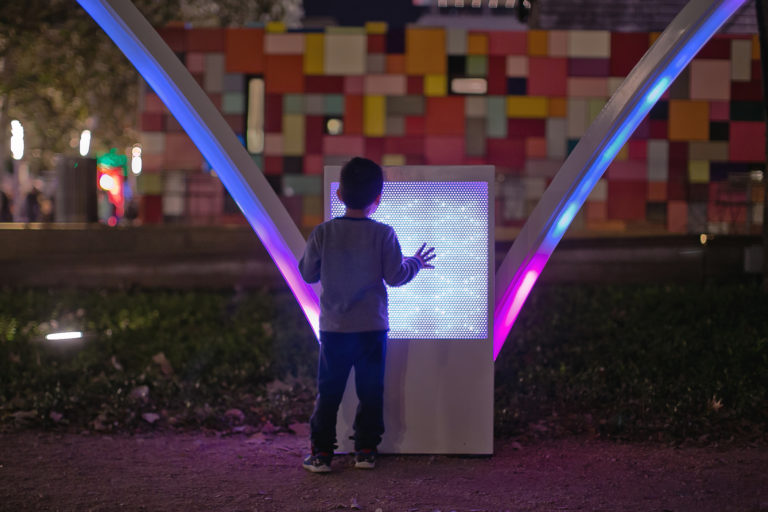 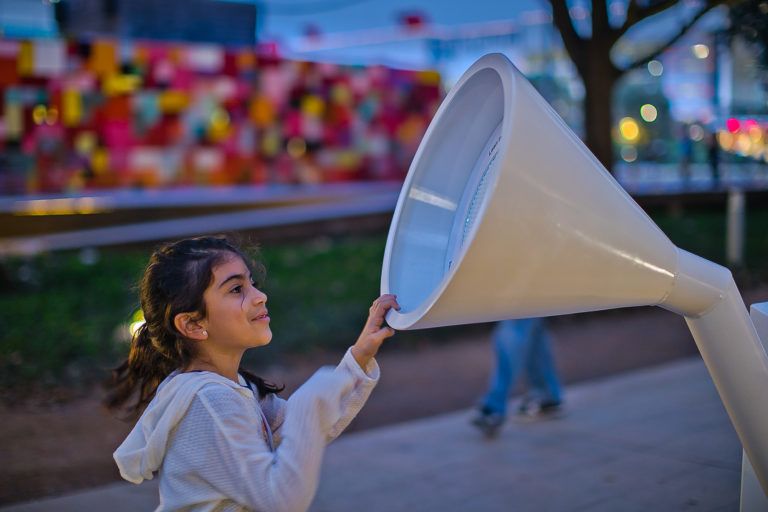 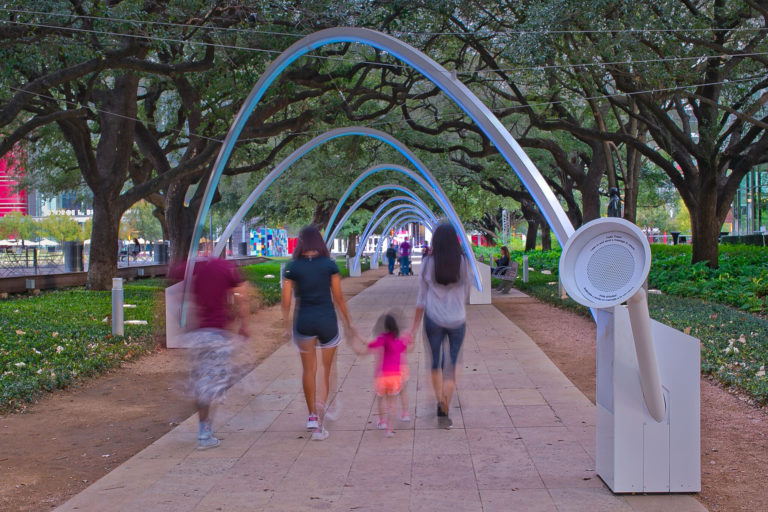 Set under a canopy of centennial oaks —a natural hidden treasure in downtown Houston— Hello Trees is a series of luminous arches linked to listening stations. At each end of the pathway, microphones allow strollers to send messages to the trees. Once recorded, these voices start a slow journey through the arches and progressively turn into music.

Following one’s voice along the path requires slowing down and looking up towards the sky. While admiring the beautiful foliage, passersby are transported by the soundscape – a concerto of voices and soothing melodies.

From the moment a message is recorded, a slow transformation of the voice takes place. This musical evolution can be heard progressively, in real time, along the path of Hello Trees.

A Tribute to Discovery Green in Houston

Described as “the most ethnically diverse city in America” by the LA Times, Houston is actively involved with its population: inaugurated in 2008 in its downtown area, Discovery Green is an example of work accomplished through the city’s public consultations.

Taking advantage of the universal language of music, Hello Trees is a tribute to the city’s commitment to civic engagement and to the diversity of Houston’s inhabitants. The piece also celebrates the centennial oaks of the park, which survived urban development and abandonment throughout the 20th century.